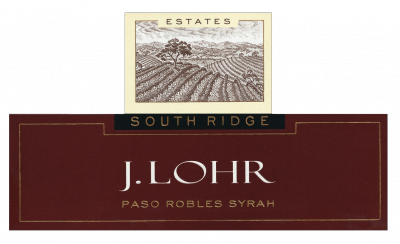 Cool weather returned in 2011, much like the previous season which had been the coolest vintage in a decade. The winter season provided above average rainfall to the region and created great optimism among Paso Robles winegrape growers, until a widespread frost event on April 8th levied a 30% crop penalty on most varieties. Syrah, being an early budbreak variety, was not immune to this frost damage and yields were less than 3 tons per acre overall. Cool summer weather and low crop levels favored bigger vine canopies and great color development, even in warmer sites. Only 15 days registered temperatures greater than 100°F during the 2011 season in Paso Robles. This was the lowest number of hot days since 1997. Our restrictive vineyard irrigation methods at J. Lohr helped to render ripe seeds and to shift aromatics from white pepper to blue fruit in the final wine, in spite of the overall cool season.

This is a very exciting Syrah from California.  It has a beautiful nose and wonderful notes of oak that bring out a bowl of cherries in the Syrah.  Paso Robles produces some very nice wines, and this is no exception.  The 2011 is perfectly drinkable now, and we recommend not wasting a moment longer!