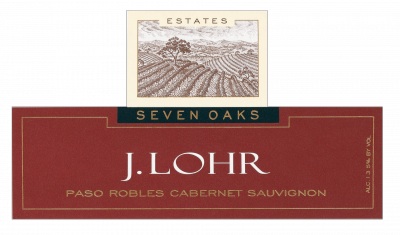 Limited rainfall set the tone for the 2009 growing season in Paso Robles, with totals reaching approximately half of the normal twelve inches. Cabernet Sauvignon does well in dry years, and 2009 was no exception. Cold April temperatures, which limited vine growth in the first month after budbreak, were followed by a warmer May with a one day spike reaching 104 degrees F just after bloom. The added heat units helped to establish the canopy needed to ripen the majority of our vineyard blocks. This was followed by an unlikely rain event on October 13th, which delivered 2.5 to 11 inches of rain to the area in a single day. The 2009 wines show significant tannin structure, and the regional expression of black currant, black cherry and chocolate are evident.

The predominant fruit for our J. Lohr Estates Seven Oaks Cabernet Sauvignon comes from estate vineyards located directly opposite our J. Lohr Paso Robles Wine Center. The Seven Oaks vineyard was originally planted on its own rootstock, utilizing some of the original plantings from indigenous Estrella clones. The soils in our Paso Robles vineyards vary from gravelly clay loam to limestone-based soils over a relatively small parcel of land, and various rootstock and clonal combinations have been used to maximize the expression of each individual site. The different soil types and planting combinations add to and complement the palate of the Seven Oaks Cabernet and the other red varietals we produce–including Petit Verdot and Merlot–to add balance and weight to the wine.

I started with the J.Lohr Paso Robles Merlot a couple of years ago when I visited a friend in LA.  We had dinner at a Tommy Bahama’s in the trendy part of town, and I took a chance on the J.Lohr with some hanger steak.  This year, I thought I’d try the Cabernet.  I’m not sure if it’s the region (Paso Robles), or the intricate blending, or some other combination, but I was not disappointed!

Find it at Total Wine, Winn-Dixie, Harris-Teeter and Publix.