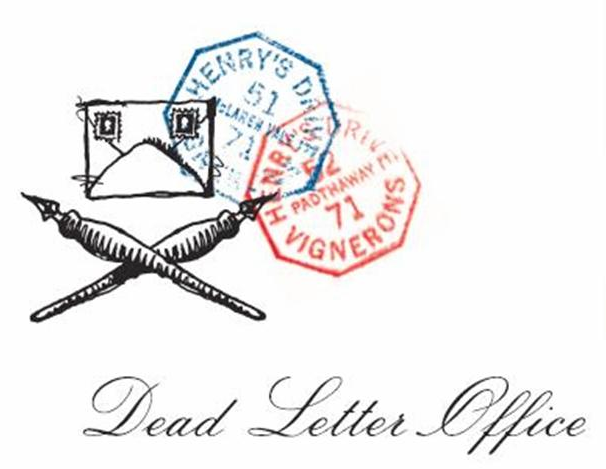 This Padthaway/ McLaren Vale blend of Shiraz offers a lovely toasted spice lift mixed with plums and red berry fruit, along with background hints fresh floral and spearmint characters. On the plate, juicy McLaren Vale berry and plum fruit are initially present; the wine is dense and hints of leather and complimentary toasted spicy notes. The characters of the Padthaway components shine in the mid-palate, with lively spearmint and lavender that freshen and add length to the wine. The Dead Letter Office has ripe, yet fine, soft tannins and is round and mouth filling with fresh acidity.

Bursting cherry, scrumptious and chewy vanilla complete an absolutely beautiful finish.  This is a great wine at a great price.  Have this with anything from steak to pizza, or, as I do it, with a copy of Wine Spectator in one hand and a glass in the other.  Whatever you do, get this wine!