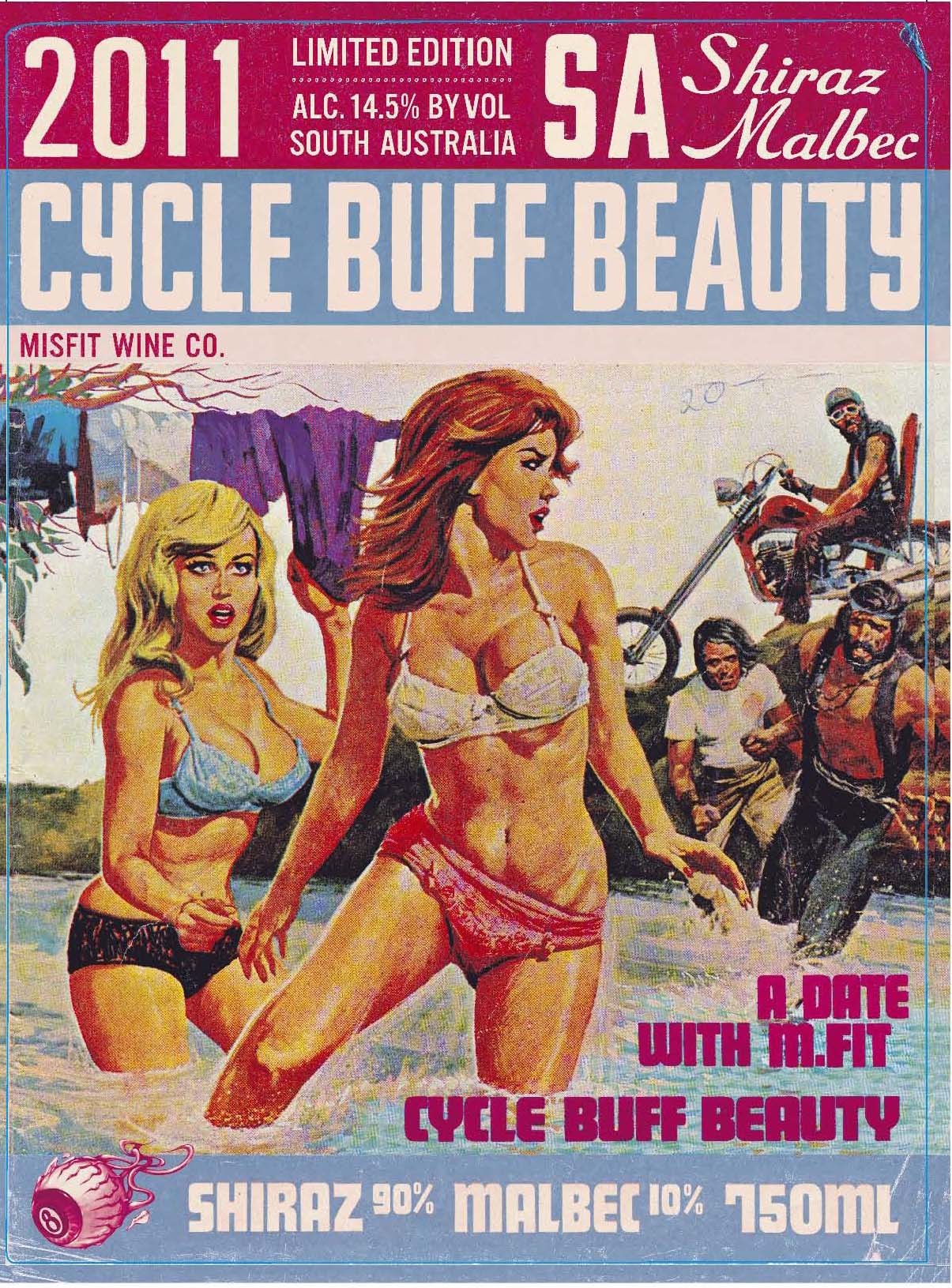 Like a 32 waist in a fat man store, Misfits Wine Co. doesn’t seem to fit in. At the heart of this outfit are 3 unexpected wine souls, all about the produce, not about conforming to the current ideology of the ‘wine selling set.’ Chris Columbus wanna-be’s are in business; Misfits is a part of a whole new winemaking culture ready to be discovered. Misfits Productions rejects convention, doing whatever it takes to make the best product possible.

What Misfits Wine Company Has to Say About Cycle Buff Beauty

It’s back! We have sold out every vintage of this stunner and the latest version, 90% Shiraz and 10% Malbec from 22 year old vines, does not disappoint. Classic blend…hah. Really nothing classic about the blend. Only in modern day Australia does a Rhône varietal and a Bordeaux varietal join to make delicious wine with a label featuring scantily clad beauties running away from a crazed biker gang. Malbec and Shiraz is just the beginning of the madness.

Josh Reynolds : 2012 Cycle Buff Beauties South Australia (90% shiraz and 10% malbec): Dark red. Aromas of blueberry, boysenberry and woodsmoke, with a subtle floral note in the background. Offers intense cherry, blue fruit liqueur and spicecake flavors that become sweeter as the wine opens in the glass, picking up a peppery nuance along the way. Shows very good depth and a hint of jamminess on the long, supple finish, which is framed by smooth, fully absorbed tannins. A real fruit bomb in an attractive way, but it also has the structure to support its flamboyant berry character. 90

First, the answer is no.  It’s not the girls.  But, after a glass or two, it could be!  We like it when a wine producer makes a competent wine and pokes fun at themselves with an inventive label.  We’ve seen this from several producers, including R Wines, Some Young Punks, Redheads Studio, and others.  These aren’t stuffy wines, they are big, bold, fun wines that not only impress the most fussy of palates, but knock the socks off of average folk like us.  We think this is a winner, and the label is just icing on a really nice cake!  And at sub-$20, it’s a steal.  Compare this to Redheads Studio, R Wines First Class, and Mollydooker’s The Boxer.

Average Price: $17
Find it at WineTransit.com