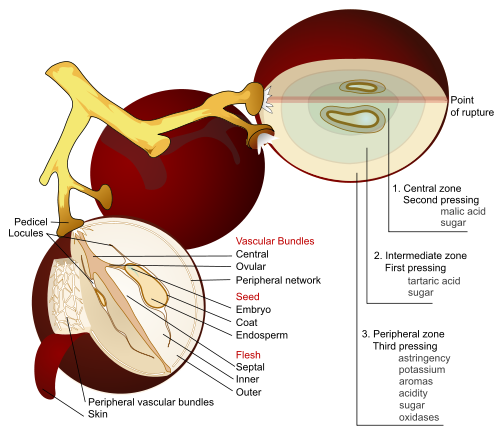 Anatomy of a Grape

The quality of the grapes determines the quality of the wine more than any other factor. Grape quality is affected by variety as well as weather during the growing season, soil minerals and acidity, time of harvest, and pruning method. The combination of these effects is often referred to as the grape’s terroir.

The most common species of wine grape is Vitis vinifera, which includes nearly all varieties of European origin.